We all remember the adventures of Tom Sawyer and Huckleberry Finn as told to us, by Mark Twain
&
"Life would be infinitely happier if we could only be born at the age of eighty and gradually approach eighteen."
Mark Twain

Tree Top Teas
is that place tucked away in our imagination, where;

"you can drag your thoughts away from your troubles... by the ears, by the heels, or any other way you can manage it."

"Age is an issue of mind over matter. If you don't mind, it doesn't matter."
Mark Twain

Have Fun Climb into a Tree House and let Mrs. Call indulge your senses as your imagination takes you to far away places...

Fairy Tale Access & Our Home Station Access Nashua
were highlighted as part of a story by Bruce A. Conti, in the August 2013. issue of Popular Communications!  Thank you. 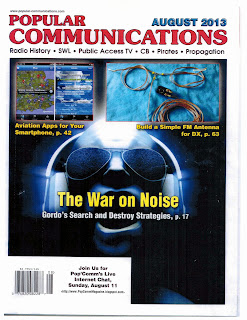 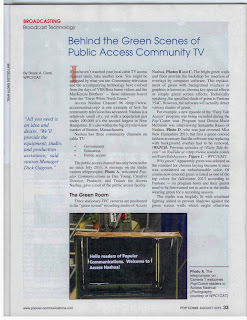 Our Set Before Production 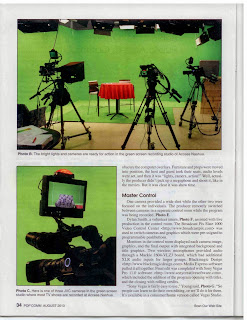 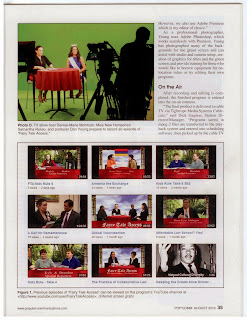 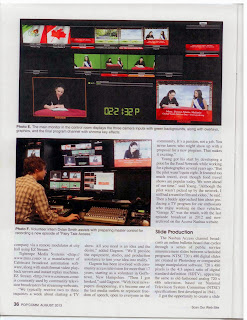 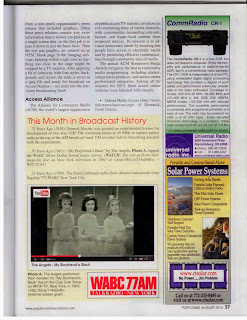 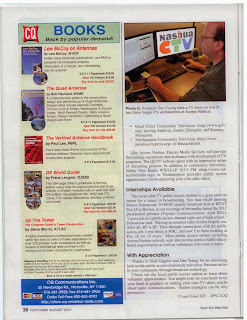 And A Special Thank you, to our Operations Manager
Dick Gagnon
&
Our Consulting Producer
Steve Candeloro

The Girls at Girls Inc.

"Who would ever think that so much went on in the soul of a young girl?"
Anne Frank

These are the girls that will remind you,
"The good, the admirable reader identifies himself not with the boy or the girl in the book, but with the mind that conceived and composed that book."
Vladimir Nabokov

Congratulations to Miss Davuluri, from New York, whose platform “celebrating diversity through cultural competency.”
exemplifies what it means to be an American, reaching for a dream and sharing some of her ethnicity with the entire world!

Tolerant, beautiful inside and out and willing to risk confronting racism to be able to  earn scholarship dollars to use her brain; it all  paid off for Miss Davuluri who will be able to spread her message 20,000 miles a month to a different city, every other day for an entire year!

That is tenacity and a lesson in fairy tale accessibility!
You can achieve your dreams; because only "YOU" define you.

So excited to share meeting Cassandra 8 our newest Special Reporter & Dominic 9 a Future Actor, our stars on Kid's Rule!

It's funny how children can remind of us the things
that matter, just by listening, to these two insights about where they
are going and where they've been ... it's puts out worries
in perspective.

Above all, this interview and these two young people will remind you to - watch with the same glittering eyes the whole world around you and how you fit into that world, "because the greatest secrets are always hidden in the most unlikely places. And those who do not believe in magic will never find it."

You never know who's watching you...

Science Hero to the Rescue!

Jordan, definitely makes our, we need a HERO to save the day, profile!

Here's the scene:
"PictureIt" It's rainy, snowy, overcast, and/or children claiming they are bored, miserable even!  Staying inside all day can conjure these scenes!
"What to do?"

Immediately schedule your low low cost FREE appointment with DoctorMadScience and try some experiments with the DMS Jordan, the one below has everything you need probably in your cupboard right now! And in 2 minutes you can learn how to be the hero in a child's miserable day, it's that simple!


With a little bit of science & a creative imagination; Jordan is on Facebook, at  DoctorMadScience of course!  He continues to come up with projects to inspire us ...
I mean children to try more things !!!


Orson Welles once said "People are losing the capacity to listen to words or follow ideas."

When we get into marriage it is with the "idea" that it is all for one and one for all, a team.  What happens when the team stops listening and loses track of the original plan? Disappointment, bad decisions and a failure to communicate ...

Repairing the Happily Ever After requires remembering that "there can be no deep disappointment, where there is not deep love".
Martin Luther King, Jr.

Exploring the Possibilities of getting back on track...

Sometimes Fairy's appear in the most unusual circumstances and not always with the magical powers portrayed by Disney. Sometimes the magic is simply in their keen understanding of where they need to be, to satisfy a need; as shown in this wonderfully done article they do exist ...


Fairy Godmothers come to the rescue of struggling mothers ...

Email ThisBlogThis!Share to TwitterShare to FacebookShare to Pinterest
Labels: do exist, fairy godmothers

and 375 miles of the Grimms

Towns that preserved their
medieval heritage, awaken two hundred years
after two Grimm brothers,
both long ago librarians who
preserved their history, in Fairy Tales identifying the moral
codes and lessons
of their time from the unique people around them and others.

"The Devil aka The Giant with The Three Golden Hairs" is noted to have been influenced by J. R. R. Tolkien's The Tale of Beren and Lúthien, in which the elf-king Thingol sets an impossible task for his daughter's mortal suitor: to obtain one of the three Silmarils from the Iron Crown of Morgoth.

The Grimm's tale can be found here: and while I have yet to find the picture; numerous sources say that Philipp Grot Johann's, illustration of the Devil - is that the devil is pictured reading a newspaper which, on closer examination, is a stock market letter.  Very easy to re-write and attribute to the bankers of our time as shown in too big to fail and even 1929  a place that bankers should have learned their lesson...


So look around you. You never know what might be
unraveling right now and the part you'll play in
tomorrow's fairy tale ... will you be remembered as assertive
or passive - good or bad - the hero or heroine?

Summer's End, as Brandon, Kyle and Maddy tell us about their summer adventures, we get ready for another school year. But this Labor day we also want you to consider...

that besides being the last day to wear white; Labor day is "the strength and spirit de corps of the trade and labor organizations" signed into law as a national holiday, by President Grover Cleveland. But 'Only' a mere six days after the end of the 1894 Pullman Strike. Taking a moment to talk with our children about the historical significance of holidays and searching for different solutions, is a reminder that their greatest glory is not in never failing, but in rising every time we fail and learning from our past mistakes...